Joining the President on stage are students and staff from the Harlem Children’s Zone, the program that served as one of the models for the Promise Zone Initiative. Since 1997, Harlem Children’s Zone has provided free support for the community through new schools, parenting workshops, a pre-school program, after-school programs and child-oriented health programs for thousands of families. The Harlem Children’s Zone offers a comprehensive, neighborhood approach with the goal of breaking the cycle of poverty, so that every child can graduate from college and have a chance to live their dreams. The program currently serves more than 12,300 children from birth through college, including 1,450 students who attend their two Promise Academy Charter schools and more than 9,000 students from traditional public schools. The participants on stage all attend or work at their Promise Academy charter schools.THE WHITE HOUSE
Office of the Press Secretary
For Immediate Release January 9, 2014


REMARKS BY THE PRESIDENT
ON PROMISE ZONES


THE PRESIDENT: Well, welcome to the White House, everybody. And that was one of the best introductions I’ve ever had. (Applause.) So we’re so proud of Kiara for the introduction and for sharing your story, and you’re just so poised. And I know Geoff Canada is just out there all excited -- (laughter) -- and proud, and I know your mom is proud. I know she is. She should be.

Kiara and the rest of these young people grew up in a 97-square-block section of Harlem. It’s a place where the odds used to be stacked against them every 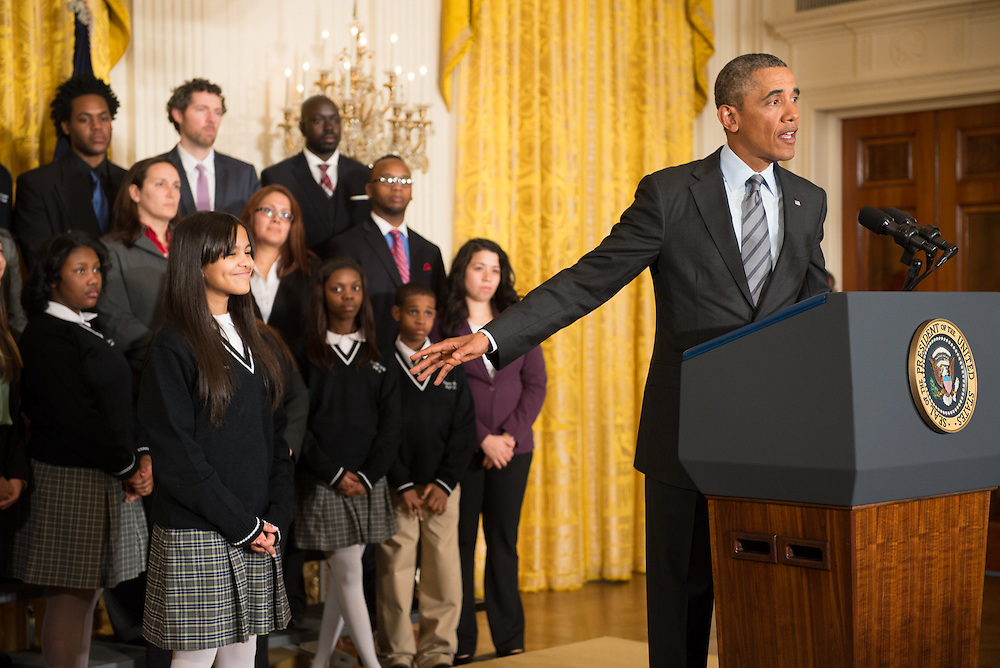